LED Was NOT The Only Bad Move 4 @BrightmoveMedia

Poorly advised startups are one thing but ill-advised folks who obviously don’t even take (any) advice are another. Every few weeks, someone with an hair-brained scheme will approach us with the next-big-thing – that in itself wouldn’t be an issue except that in 95% of the cases they see their idea or business as a fait-accompli. 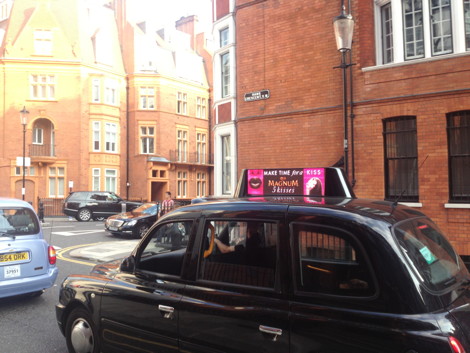 Let’s stick with our industry and talk specifically about digital signage and digital out of home – with the former we do NOT need any more pieces of digital signage software. Any software you write is simply re-inventing the wheel, you can code as much as you like but you won’t gain any competitive advantage by doing so. The adage; why build when you can buy, why buy when you can rent rings so true in our world!

So when the supposedly bright folks at BrightMove Media, who are attempting to provide, we quote “brands with Geo-fenced and real-time LED digital advertising from the Rooftops of London’s black cabs” were keen to brief us, a few months ago, on the years and years of man-effort they had put into building the back end to their taxicab solution – let’s just say we rolled our eyes (and sniggered quietly).

Investors who ask us to do due technical diligence on such DIY plans (for any type of business) usually get pointed at our #DSTop10 (yes, we could probably charge an awful lot of money over many weeks to consult on the project BUT the answer usually lies within that list, or if not, then in our #DSTop30).

If you want a content management system that can run screens on top of a taxicab then look no further than renting, for anything between USD 10 and USD 25 a month, NEOCAST from Real Digital Media or Signagelive (both real world examples of products that, in the past, we have suggested be used in this ‘category’) – you certainly do NOT need to go to the lengths of spending years of writing your own solution. In fact recent experiments from our technical team for a billboard operator found that a free OpenSplash digital signage player coupled with VUKUNET works just fine.

That of course is not the only issue that the bright people at BrightMove Media have. In a world of megapixels (that is surely but inexorably moving towards Gigapixels) they come up with the bright idea of using a distinctly low resolution pixellated LED as their offering. If you are in London and you see one (picture shown above) you will see for yourself just how poor it looks.

As we said before, LED was a poor choice for a rooftop solution – you can clearly see the pixels and we’d be really surprised if ad agencies and media planners really believed this solution helps promote the sort of message that today’s brands want to get across.

This entry was posted on Monday, September 9th, 2013 at 15:21 @681 and is filed under DailyDOOH Update. You can follow any responses to this entry through the RSS 2.0 feed. You can leave a response, or trackback from your own site.