“Anything that helps promote the industry is a good initiative,” says Stephen Freitas, chief marketing officer of the Outdoor Advertising Association of America. 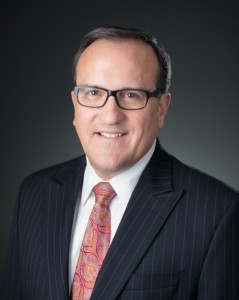 “Events like NYC Digital Place-based Media Week (Oct. 21-25) and Advertising Week (being held this week) that draw attention to the industry are terrific,” says Freitas.

Another recent initiative is the OAAA’s own advertising campaign, #EverywhereUR, currently running in Times Square. Freitas says that the OAAA went down the path to define its value proposition and has had a new value proposition in place since 2012.

“We are now going to try to do more of this sort of thing to resonate with advertisers and agencies,” Freitas says.

While chatting with Freitas last week, we discussed that with DOOH apparently eating a growing chunk of the OOH advertising pie, it would be good to get precise numbers of the DOOH portion in the OAAA’s quarterlu and annual reports.

“We brought it up a few years ago and that was voted down, but since we work closely with the DPAA and we both use Miller Kaplan for a lot of our numbers, it’s something to be considered again,” says Freitas. “It will have to be brought up and voted on our Board of Directors.”

This entry was posted on Tuesday, September 24th, 2013 at 06:00 @291 and is filed under DailyDOOH Update. You can follow any responses to this entry through the RSS 2.0 feed. You can leave a response, or trackback from your own site.