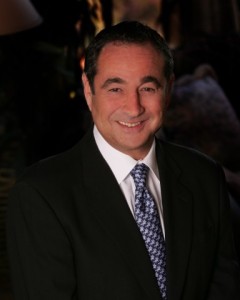 Kassan is the founder, chairman and CEO of MediaLink, a Los Angeles- and New York City-based advisory and business development firm that provides critical counsel and direction on issues of marketing, advertising, media, entertainment and digital technology.

In addition to MediaLink, Kassan’s extensive background as a leader in the media and advertising industries also includes serving as president/COO and vice- chairman of Initiative Media Worldwide and president and COO of International Video Entertainment. Kassan was named by Advertising Age magazine as one of the top media executives in America.

“Over the last several years MediaLink has been an important and valuable partner for us,” says Hogan. “He has shown a strong interest and a deep understanding of Clear Channel’s unparalleled capabilities, and will be extremely valuable in helping Clear Channel further capitalize on our unique multiplatform assets and deliver unmatched media solutions to our advertisers. He is strategic, creative and has an incredible amount of knowledge of the media industry.”

“Clear Channel has the ‘special sauce’ that is sought after in media today: the rare combination of proven experience coupled with intelligent innovation,” says Kassan. “As an organization, it is one of the largest media companies and one of the most nimble in the world. Its assets are truly multiplatform, connecting bedrock offerings in radio and out-of-home, with show-stopping digital and live experiences. And, of course, its people – with a team worthy of the word leadership that has demonstrated results for both audiences and advertisers across all mediums,”

This entry was posted on Monday, September 30th, 2013 at 14:58 @665 and is filed under DailyDOOH Update. You can follow any responses to this entry through the RSS 2.0 feed. You can leave a response, or trackback from your own site.