Coffman Media LLC in Dublin, Ohio, has been in business for three and a half years with digital out-of-home clients in a variety of sectors, but has just launched a new one in a growing number of dentists’ offices – and Jason Ault, Coffman Media co-founder and COO, thinks it might be the one to propel the company’s growth more quickly beyond Ohio’s borders. 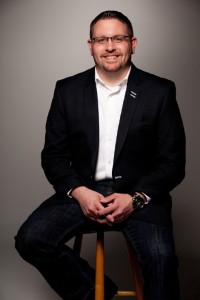 Coffman’s clients are a mix of healthcare, retail, QSR, education, software and services, and corporate training, mostly all in Ohio State,

“Healthcare has been our biggest sector, with displays in hospitals, assisted living facilities, and the usual, and we had a few dental offices,” Ault told us during an interview this week. “We were up to a separate spinoff network of 12 dental offices. But then we recently attended the Ohio Dental Association annual session and the interest there was tremendous. We are about to sign five definites and have 44 leads from people who showed great interest, not only from Ohio but from Arizona and Tennessee.”

Like all his other networked clients, the growing dental network uses Signagelive software.

“We liked Signagelive when we started and have had absolutely no reason to want to change,” says Ault. 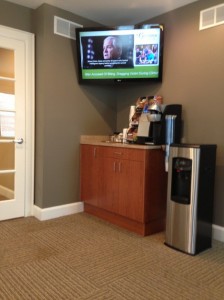 The dental network content loop runs from 10 minutes to 17 minutes, depending on the location and client requests. Content is a mix of dental education, dental facts, best dental practices and dental trivia. There are three new pieces added each week. And clients have their choice of three external feeds. (Most choose news, weather and entertainment news,)

In addition, dentists or someone appointed by them have the flexibility to add a message or material of their own. (Most just email it to Coffman Media which inserts it for them.) Further, they get custom templates to brand their offices.

“We have found that they like the full managed services approach we offer, that, until now, was missing in the dental sector,” says Ault.

Coffman Media is owned by four partners, including Ault. It also gained a new investor, Dr. Roger Blackwell of Blackwell Business Advisors in the past year.

This entry was posted on Wednesday, September 25th, 2013 at 06:00 @292 and is filed under DailyDOOH Update. You can follow any responses to this entry through the RSS 2.0 feed. You can leave a response, or trackback from your own site.