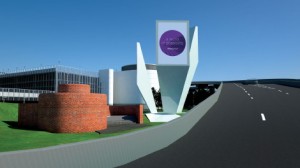 When it opens its doors to the public on June 4, 2014, 13 million passengers are expected to pass through Terminal 2 in the first year. Terminal 2 will host over 100 digital screens, offering targeted digital networks alongside a portfolio of large format digital sites.

High-profile digital opportunities will include the T2 Digital Towers (11.5m x 4.8m) reaching 100% of the departing audience, T2 Motion (6.9m x 1.7m) located as passengers move through to the lounge, the Couture Portals (7.5m x 1.7m) and T2 GrandView – a three-sided exterior structure towering over the main entrance roads to the terminal. 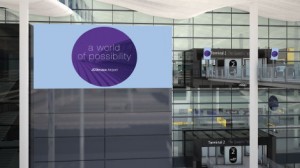 Nick Webb, head of advertising, sponsorship and expo at the airport says, ‘Advertising is part of the fabric of Heathrow. Adopting the same successful approach we initiated at T5, the advertising panels and screens were designed into the construction blueprints. It is this integration that will ensure their effectiveness. Terminal 2 is central to Heathrow’s vision of ‘Making every journey better’.”

“The airport delivers influential advertising to influential individuals,” says Julie France, managing director of JCDecaux Airport, “In a location as iconic and impressive as the new Terminal 2, we can be confident that this effect will be magnified. You’ll find an impressive range of dominating Impact panels, immersive Broadcast panels and screens, and a variety of Touch options. The interaction between these platforms and the desirable audience will further enhance Heathrow’s ability to deliver a world of advertising possibility.’