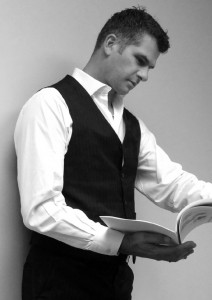 Purchase price was not disclosed, but Clairvest has invested $15 million, and Cieslok, recently executive vice-president and general manager, Titan Canada, has committed in the ‘seven-figures’ to the company.

Titan Outdoor Canada has been renamed Cieslok Media, making it the third Canadian out-of-home company to bear Cieslok’s name since he started in the out-of-home business more than two decades ago. He started initially in wallscapes and murals, then was into large scale vinyl banners before moving into digital.

Cieslok, president and CEO of the newly-named firm, sold his last Canadian operation to Titan in 2004. He moved to the U.S. in 2009 to head Titan’s Chicago operation, returning to Canada in Dec./12.

Titan’s U.S. business specializes in transit advertising, with a growing presence in digital billboards, and the company plans to concentrate on growing in the U.S. market.

“We are expanding in the Chicago market with the Chicago Transit Authority, with new screens in the Loop, with new urban panels, and Chicago has now become our digital showcase market,” says Don Allman, Titan president and CEO. (Titan also sells the advertising on the Pace transit system, giving the company dominance across the entire Chicago DMA.) ”And we intend to expand in Boston and the Bay area. We will put the proceeds of this sale to expanding in the U.S.

“The reality is that the Canadian market wasn’t really synergistic for us. There’s virtually no cross-selling between the Canadian and U.S. markets. Also, we had hoped to win the Toronto Transit Commission, and we missed that.” (It was won by Pattison.)

Titan had received an offer from another company that didn’t interest it last winter, so then Cieslok and the parent company started talking in February.

Cieslok Media currently operates large-format signage that includes both static displays and a national digital network of 14’x48’ and 10’x35’ signs in Vancouver, Toronto and Montreal. In Toronto, it offers the most signage available at Toronto’s Yonge and Dundas Square, Among its more recent installations were five digital boards on the highways leading to the Montreal- Pierre Elliott Trudeau International Airport.

Cieslok expects to continue to grow the digital business across Canada.

“We’ll be moving into Edmonton, our fourth major market, in November with our first 14’x48’ back-to-back digital board there,” says Cieslok. “I feel that by concentrating on digital gives us great strength and an edge in the Canadian media market.”

Mobile advertising elements such as geo-targeted, in-app banner ads as well as unique digital capabilities such as live streaming video, RSS feeds from Twitter, Facebook, news and sports updates, and the ability to display multiple creative elements play a major role in the Cieslok network.

Clairvest is a major Canadian provider of equity financing to mid-market companies and currently has C$1.2 billion of equity capital under management.

Robbie Isenberg, a principal at Clairvest says, “We are very enthusiastic about this partnership. Cieslok Media offers unique positioning and is a great growth platform for large format outdoor advertising. Jörg Cieslok has a proven track record in this area and is held in high esteem by the advertising community.”

Cieslok Media is currently based out of Mississauga, but will move to a new downtown Toronto office at year-end.

This entry was posted on Wednesday, October 2nd, 2013 at 04:37 @234 and is filed under DailyDOOH Update. You can follow any responses to this entry through the RSS 2.0 feed. You can leave a response, or trackback from your own site.