The first name written down when short listing digital signage software vendors for any RFP process is still Scala and it doesn’t matter in what vertical – whether it be QSR, retail, menu boards, corporate communications, billboards, ad networks, video walls, kiosks, wayfinding etc – such is Scala’s breadth of experience (their software is a veritable ‘jack of all trades’). 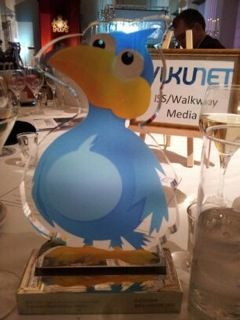 In the eight award categories in The DailyDOOH Gala Awards, our international jury have listed Scala related FINALISTS in five of them…

Categories where Scala this year had no representation were Best Interactive / Use of Social Media Deployment (a new category for 2013), Best Digital Poster or Street Furniture Implementation and Best Original Digital Billboard (a category they won with Ocean Outdoor in 2012).

This entry was posted on Sunday, November 10th, 2013 at 16:51 @744 and is filed under DailyDOOH Update. You can follow any responses to this entry through the RSS 2.0 feed. You can leave a response, or trackback from your own site.