OMAC’s #TOIgnite Needed More Time To Light Up The Crowd 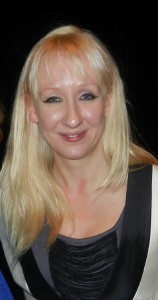 The event was actually very good and well worth attending BUT seriously disappointing in two ways; first, a full day event would have given the 340 attendants more time to see the exhibits which were in the same room (also dominated by the breakfast/snack tables and the main registration desk) and secondly, other than the superb presentation by Stacey Knight, director of digital, JCDecaux UK, there was minimal mention of digital out-of-home.

However for the audience, it hardly mattered because the speakers – all very good without exception – talked out-of-home, integration, mobile, convergence, experiential, augmented reality, sampling, creative content, and more, and how these came together in one way or another to build brand awareness, to trial and sell products, and to increase sales.

And it worked. While the audience was made up of a mix of network operations agencies and advertisers, it seemed that many of the audience – those sitting near me, at any rate – were probably relatively new to the industry, because as one after the other case history’s creative campaign idea was shown, I kept hearing “Wow!” and “Oooh!”. The same goes for many of the people I met, who said they’d only been in the industry for six months, a year, or two years.

Instead of the conference being a full day, the event ended early and there was no time really for anyone to ask questions.

This entry was posted on Friday, November 15th, 2013 at 07:02 @335 and is filed under DailyDOOH Update. You can follow any responses to this entry through the RSS 2.0 feed. You can leave a response, or trackback from your own site.