Have you met VICCI and WANDA? 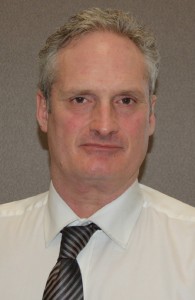 We hadn’t either, until last week, but it sounds like they’re both going places.

VICCI (pronounced like Vicky), standing for Virtual Customer Care Interface, is the wayfinding and advertising kiosk found in many malls across Canada and that will be entering the U.S. early in the New Year.

WANDA, standing for Washroom Attendant and Digital Aid, is in numerous hospitals, malls, educational facilities, and will shortly move into airports – airport washrooms, to be exact.

VICCI and WANDA are products of Visionstate Inc., a software development company and division of CSM Systems Corp., based in Edmonton, Alberta. When we interviewed John Putters, Visionstate’s president and CEO there last week, it was -40 degrees but that wasn’t keeping him from putting the last touches on products for his new U.S. contract. 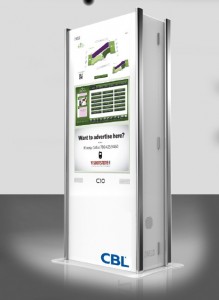 Mockip of the future kiosks to be installed in CBL properties

Visionstate has actually been around since 2005. Putters had founded CSM as a B2C shopping portal in 1997, but its operations were hit by the dotcom bubble burst, so he founded Visionstate as a new division. (CSM as the holding company is a public company on the TSX Venture Exchange).

Visionstate’s first product was VICCI, first installed for Cameron Development In Edmonton Common, a 150 retail, restaurant and entertainment centre. Its interactive touch screens are now in Ivanhoe Cambridge, Oxford, Primeris and RioCan mall properties. Mobile was added in 2010, and the company partners with Visio Media, Edmonton, to offer NFC (near field communications).

And not only found in malls, Visionstate’s product is used , eg., by Husky Energy where Visionstate built a 55” touch screen with interactivity for the company’s interpretive centre.

Now excitement is building for Visionstate’s entry into the U.S. in January via a new contract with CBL & Associates Properties Inc., Chattanooga, Tennessee-based owners, developers and managers of shopping centres and malls. Visionstate is putting 90 VICCI units into 30 of CBL’s top properties.

For VICCI, Visionstate partners with Zivelo for hardware and uses its own software. It provides analytics and lets local advertisers see what people are looking for in their wayfinding so that they can monetize the information. 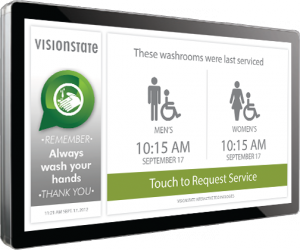 “For example, Guildford Shopping Centre in Surrey. B.C., gets about 1.5 million interactions a year,” says Putters. “There’s a lot of data there that advertisers can use. We’re getting a ton of data, so want to take all this to the next level, because data is so important for the retail industry.”

And beyond wayfinding and advertising, the company has now developed, for food courts, a kiosk offering not only specials, but where customers can search for, eg. ‘meals under $10’ or ‘meals not to affect food allergy’. The 32” screen, also to offer NFC and QR codes, is currently being tested and the first product will go into Ivanhoe Cambridge’s Southgate Centre in Edmonton in January.

“We envision eventually offering coupons , as well,” says Putters, adding that this may spin this off as a new product category or division. “We’re also looking at developing a product for the hospitality industry.

“We already decided awhile back that we should diversify, so WANDA was developed and is now being used in hospitals (including eg. Mount Sinai and North York General – as well as office buildings, at least one high school, and shopping centres, eg CrossIron Mills near Calgary. One will go into a Pearson International Airport bathroom in January for a first venture into airports. These are mainly through a partnership with Compass Group, Mississauga, Ontario, which holds many cleaning service contracts among its offerings.”

WANDA is an interactive screen that allows a user of a public washroom to notify the administration, via, the touchscreen, if, eg. a stall is broken, the washroom isn’t clean, or other problems. When people flag the issue, the administration of the washroom on their mobile can know how long it takes before the issue is resolved, use the screen as a people counter reporting problems, and other information. The product has a small space for advertising but, to date, most companies use it for such personal messages as ‘Remember to wash your hands’.

“This is the product for companies concerned with good customer service and who want to make sure their public facilities are well maintained,” says Putters. “Companies using it will see that it results in savings.”

Putters can foresee a future where both VICCI and WANDA can be sold to the same facilities in many cases.

This entry was posted on Monday, December 9th, 2013 at 07:00 @333 and is filed under DailyDOOH Update. You can follow any responses to this entry through the RSS 2.0 feed. You can leave a response, or trackback from your own site.