JCDecaux Airport last week opened trading on the key sites at LHR’s Terminal 2: The Queen’s Terminal – effectively giving potential clients the opportunity to invest in advertising space in time for the terminal’s actual launch in June 2014. 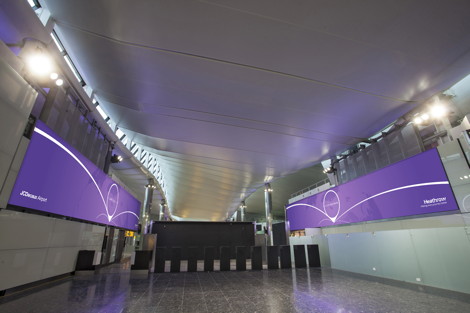 Julie France, Managing Director of JCDecaux Airport told us “The new Terminal 2 will deliver a range of fantastic advertising opportunities to engage an exclusive and influential passenger audience. We had expected considerable interest to be shown from the first day of trading, and have been delighted to see so many advertising partners willing to support the launch of this key media environment.”