With its first year of running its Dynamic Digital Park last year in Las Vegas considered a major success, the International Sign Association is gearing up for an even bigger and better concentration for that sector within its annual International Sign Expo and related education conference this coming April in Orlando. 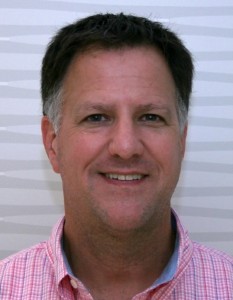 “To be honest, I’ve never had such an enthusiastic response when I made cold calls to potential exhibitors,” says Glenn Feder, director of business development who joined the ISA last September after 10 years experience in trade shows and exhibitions – the last with the American College of Cardiology.

“I’m really still getting to know the digital signage sector, but the enthusiasm I see for this business sector is really great. Sometimes I even hear, ‘We’ve been already thinking about exhibiting’ when I make cold calls, even to people who were not exhibiting last year.”

Among the things we’ll see at this year’s exhibition April 24-26, preceded April 23 with a Dynamic Digital Signage Day educational conference, are:

“It would be even bigger this year if we had more space,” says Feder. “Although exhibitors are usually signing up in January and February, we already have a number of companies signed up and a lot more in the ‘strongly considering’ or ready-to-sign stage. We have both a mix of new companies and returnees from last year.”

The overall exhibition is expected to be a little smaller than that at Las Vegas last year, but bigger than the previous one in Orlando. (Sign Expo alternates between the two cities.)

The actual digital education day will include eight sessions again. (Last year’s eight, each seating 100, were almost entirely sold out and consideration is being given to an expanded space and more seats this year.)

“We are including both entirely new sessions and some repeats that are being beefed with new information so that they will interest both a new audience and those who attended in Las Vegas,” says Feder.

Seven of this year’s sessions are on the following, with an eighth still to be decided:

In response to a question regarding how they see their own company using dynamic digital signage, top answers were ‘for corporations and lobbies’, ‘for retail stores, both franchises and independents’, and ‘hospitality and independent hotels’.

“Companies who grew up in the technological age are into it, while traditional sign companies see that their customers are asking for solutions, and to keep them, and to add new customers, they want to get involved,” says Feder. “I came aboard the ISA to help educate the total sector. I feel that the ISA is a good resource to pull it all together.”

The ISA developed an Advisory Panel in the past year composed of various industry professionals to help the sign companies navigate what’s happening in their sector; to help them embrace the signage companies; to help them find good solutions; to act as a resource; and more.

“We are developing case studies and white papers,” says Feder. “There will be a lot more on our website in the New Year.”

This entry was posted on Friday, December 13th, 2013 at 07:01 @334 and is filed under DailyDOOH Update. You can follow any responses to this entry through the RSS 2.0 feed. You can leave a response, or trackback from your own site.