Australia’s oOh! Media [1] this week has announced a series of company restructures and the appointment of former Luxottica senior executive, Peter McCelland, to the joint position of COO and CFO. 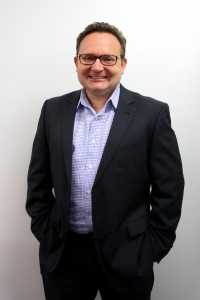 oOh! Media also said that it expects ongoing strong growth in 2014, as it continues to invest in digitisation of its road, retail, fly and place based media and develop innovative away-from-home advertising solutions

The CHAMP Private Equity owned company experienced a 4.7% increase in revenues for the year.

Chief Executive Officer of oOh!, Brendon Cook, said the past year had seen the business, which expanded with the acquisition and integration of EYE [3], work on delivering innovative advertising solutions through technology investment and building a structure to take the business forward.

Brendan told us “Over the past 18 months we have invested more than $30 million in upgrading our signage to digital screens, giving us the opportunity to deliver even more creative marketing opportunities to advertisers,”

“Through this investment we have delivered world leading campaigns including the Google Play user controlled billboards, a campaign for Unilever that was driven by the weather through our temperature-parting technology and a dynamic real time content campaign on billboards to underpin Virgin Mobile’s Game of Phones campaign”.

“The next 18 months will see an even more aggressive roll out of digital assets with the aim of increasing the network to reach more than 60 per cent of the population and enable even more creative campaigns as our audiences continue to grow.”

Mr Cook said the company had also made a number of structural changes to be strongly positioned to meet the growth expectation, with key consolidations including the sale of the Indonesian business to PT Vega Cipta Utama, the appointment of a Chief Operations Officer and changes to the sales team.

Former CFO of Luxottica, Peter McClelland has been appointed the COO and will also hold responsibility of CFO. Mr McClelland was most recently Chief Financial & Administration Officer for Asia Pacific and South African Regions for the world’s largest manufacturer, wholesaler and retailer of Optical and Sunglass products.

John O’Neill joined the company in 2007 when Network Outdoor acquired Media Puzzle, a company Mr O’Neill founded, to form oOh! and has since then been a part of its senior management team with responsibility for sales and key strategic relationships.

“John has been a key member of a team that saw oOh! created from the two smaller OOH companies and since then forge ahead to where it is now,” Mr Cook said. “He has been a great contributor to the business, but after 15 years in Outdoor he has decided to take a break from the industry. While he will be missed, we wish him well with his future endeavours.”