Houston-based GSM Worldwide Media [1], which offers large LED screens in 12 major malls across the U.S., is taking its sales in-house and building its own new sales force as its readies to launch eTotem, a new product that company management believes will help GSM achieve solid growth in 2014. 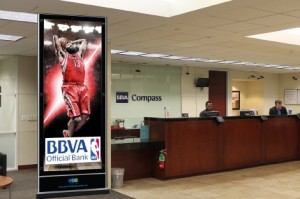 The three-year-old company’s national advertising sales for its mall product have been handled by New York-based Adspace [3] sales staff since Sept./12. That arrangement ceases as of Jan. 1/14. It involved, in total, 49 screens.

“Being owners and operators, we felt that the challenge of creating our own destiny was in our best interests,” says Michael Babajanov. “We wanted to take on the experience of building our own sales staff and traffic department.”

Under Steve Geltman, vice-president of sales who joined GSM in October, the company has hired five sales representatives who will handle both national and local advertising for both the large ceiling-hung mall screens and eTotem. The company is currently looking for a couple of people to sell the new eTotem hardware. 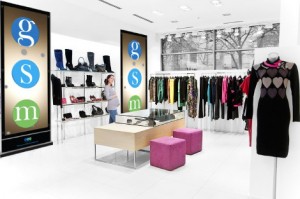 eTotem, currently in pilot testing in Houston International Airport, will be officially on the market in summer, 2014.

The freestanding structures measure up to 11’ tall x 3’ wide and 6” thin. They were developed under a new joint venture with LianTronics [5], LED manufacturers, China. With GSM acting as a vendor, the company is currently looking for a couple of people to sell the new eTotem hardware.

At 1,200 pounds in weight each, eTotems are (allegedly) easily transportable and able to connect to Wi-Fi in any location to wirelessly disperse media content.

“Our plan is to look for the many opportunities eTotem offers,” says Babajanov.