With GSM Worldwide Media bringing advertising sales in-house, having used Adspace to handle national advertising for its large LED screens in malls until Dec. 31/13, the company has announced its new sales team, under Steve Geltman, vice-president of sales, who joined the company in October. 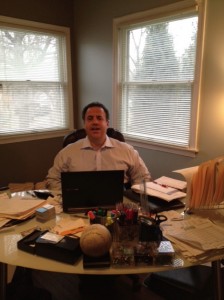 With 30 years’ experience, Geltman was most recently vice-president of sales for MVP Interactive.

His career also included positions as president and CEO of LIT Communications/Sports Marketing, vice-president of sales and marketing for HoopsTV.com and regional sales manager for Clear Channel Traffic.

This entry was posted on Friday, January 3rd, 2014 at 07:00 @333 and is filed under Scuttlebut. You can follow any responses to this entry through the RSS 2.0 feed. You can leave a response, or trackback from your own site.