A date now seems to have been set for JCDecaux’s giant LED at London’s Waterloo Station (originally scheduled for September) to go live. 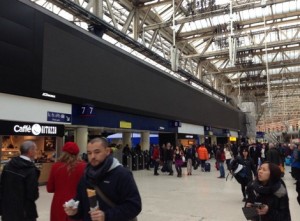 It’s our understanding that the LED is now fully installed and functional but switched off during the day, with content testing taking place during the very early mornings.

This entry was posted on Monday, January 6th, 2014 at 07:50 @368 and is filed under DailyDOOH Update. You can follow any responses to this entry through the RSS 2.0 feed. You can leave a response, or trackback from your own site.