A Competitor’s View Of The Gilbarco Buy of Outcast

We had a lengthy discussion Wednesday with David Leider, CEO of Gas Station TV, the major and, we believe, even bigger, competitor of Outcast Media, whose purchase by Gilbarco Veeder-Root was announced Monday. 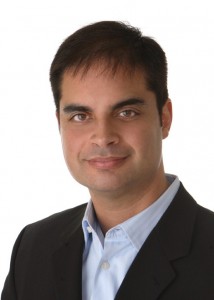 “At the end of the day, it’s a giant conglomerate (Danaher Corp., owner of Gilbarco, ) that, by buying OutCast, is endorsing ‘video at the pump’, and that’s a very positive move,” says Leider. “Digital signage is still hard for some people to grasp, so that endorsement is good.

“And for Gilbarco, it guarantees that it has a team to service its media. For Gilbarco, it’s not about the product so much as that guarantee. Outcast now is a service provider.

“However, I think that hurts Outcast as a media company. The synergies aren’t there with a manufacturing company. I think the way that Danaher operates will affect Outcast, and every move that Outcast makes will have to be of benefit, ultimately, to Danaher.

“Further, Outcast is unlikely to be able to expand beyond Gilbarco in the future. I think that it will be a less flexible company and has lost its entrepreneurial spirit. Outcast is now an employee. I’m 100% sure that it won’t be able to be independent.”

Leider thinks that his Gas Station TV is in a better place.

“We’re extremely successful, are larger than Outcast, and, while we have a partnership with Wayne (as Outcast had with Gilbarco prior to the buy) and have screens integrated in Wayne and on Gilbarco fuel dispensers, we’ll continue down our own path,” says Leider. “We are free to go after any of the many independents in the market, too, to continue to grow. And we are a media company through and through.”

Leider claims that GSTV, which is owned by private investors, has “more stations, more viewers and more revenue” than Outcast. “We have approximately 2,400 stations and deliver about 46 million monthly viewers – which is the really important number – compared to Outcast’s approximately 36 million. We like being the leader.”

Leider says that GSTV had a record 2013 and indications are that 2014 will be another record year. The company, in association with Dmedia, has also just launched BigNoiz, GSTV’s first multi-screen content experience. Bignoiz includes a new live music segment on GSTV screens coupled with a companion mobile app built around geo-located concert discovery and major concert ticket giveaways.

“Viewers can see the music segment on our screens and then dive deeper into their smart phone or mobile device for more news about , eg. the performer’s upcoming concert, how to get tickets, and more,” Leider says. “The free app is quickly becoming a favorite destination for music fans looking to stay informed on local shows and win tickets to see the biggest bands.“

The rollout for the app leverages the reach and targetability of the GSTV media network, and engages viewers with a live music segment on-screen followed by a strong call-to-action that drives viewers to download the app.

“Early feedback shows that the BigNoiz segment is capturing viewer’s attention and improving their experience at the pump,” Leider says.

This entry was posted on Thursday, January 16th, 2014 at 07:00 @333 and is filed under DailyDOOH Update. You can follow any responses to this entry through the RSS 2.0 feed. You can leave a response, or trackback from your own site.