blowUP media has started the New Year with a ‘Wow’, unveiling a new digital billboard directly opposite Rotterdam Central Station – one of the busiest transport hubs in the Netherlands. 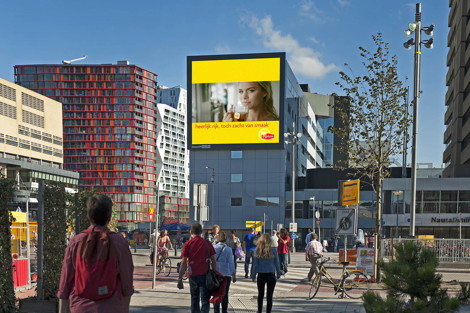 The screen, named ‘The Wow’ is 170m2 and Unilever is the official launch partner (showing a Liptons Tea advert above).

This entry was posted on Tuesday, January 21st, 2014 at 15:41 @695 and is filed under Scuttlebut. You can follow any responses to this entry through the RSS 2.0 feed. You can leave a response, or trackback from your own site.