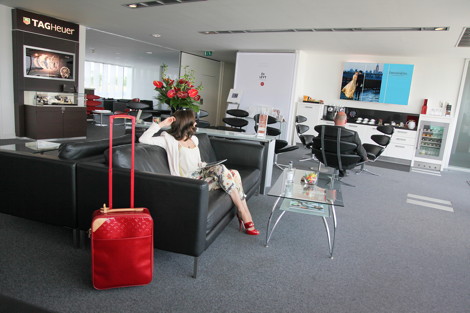 Via a single point of contact, advertisers can now engage with the exclusive audience of high net worth consumers and senior executive business travellers who use private aviation.

He continued “These venues provide some of the world’s most admired luxury brands access to their consumers at the right moment. The additional international scale lent to our portfolio through this agreement with Adlux will enhance the opportunities for our advertising clients to execute global and targeted campaigns at venues in some of the world’s most exciting international destinations.”

Under the agreement, Adlux will also install full-motion digital screens in the top 16 Signature terminal lounges in the U.S. The screens will show a U.S. version of ADLUXTV, Adlux’s exclusive TV channel, featuring business and leisure-related content curated specifically for private aviation flyers.

Advertisers will also have access to an existing footprint of media platforms including backlight displays, product showcases and custom branding and experiential opportunities.

Good to see publicity for our specialised industry. We have been working in this market for over 10 years and have a global network like the above created on the back of research and passenger trends. For example the example quoted in the picture has a drive around rate of 70% so the vast majority of passengers do not enter the terminal. We recommend that brands use more permanent media and placement to reflect the time they have available in these environments. Questions that need to be asked when creating a media campaign include: Dwell times (normally brief) , % drive around, destinations and nationalities and location of available media. These statistics will allow the evaluation of the actual audience. Having a 30 second campaign in a reel of 10 minutes may not be seen by passengers. Amongst our services we are happy to provide actual analysis of an audience at each location.