This editor literally felt like Queen for the Day Thursday when I was the special guest at the quarterly staff luncheon held by Ayuda Media Systems, Montreal. 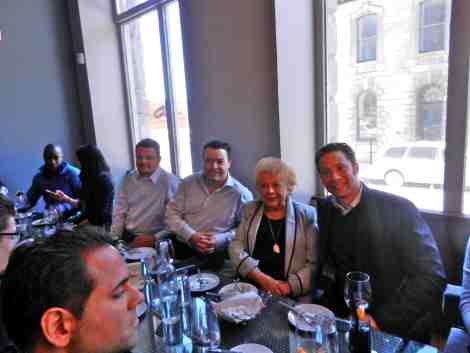 It was a chance the meet all the staffers, old and new – and there were quite a few new faces since I’d last been to Ayuda’s offices, all engineers, making up the staff of more than 30, and headed by Andreas Soupliotis, foreground. 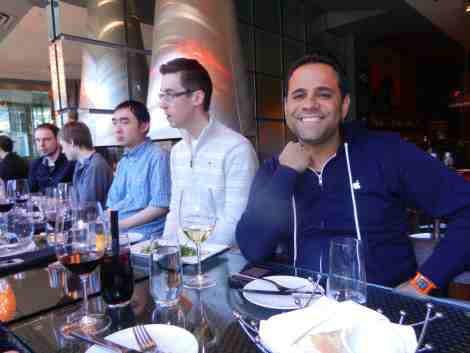 Ayuda’s offices recent underwent a flood which gave an excuse to reconfigure and rebuild some offices, but by the way this company is growing, it will have to find more office space soon. 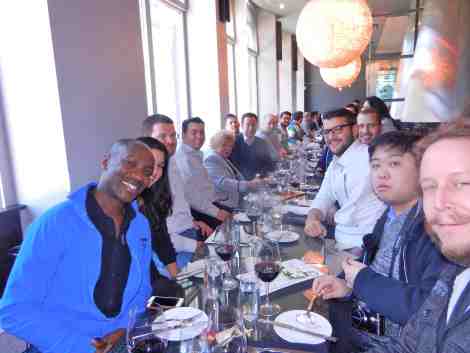 Before leaving for home, I had a chance to review a demo of Nirvana, the new buying concept for out-of-home screens [4] that Ayuda introduced at #dse2014. We understand that it will shortly be undergoing a pilot test by two unnamed companies.