SignVine, a new company based in Ontario, California, believes non-profit organizations play a powerful role in the community and an outdoor digital message sign can help empower their cause – but an outdoor message sign is not always in the budget. 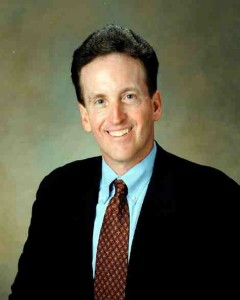 SignVine’s aim is to help them out with crowdfunding campaigns as an online fundraising tool to help deserving non-profit organizations raise money towards the purchase of a new outdoor message sign.

With SignVine’s help and using a crowd-funding pledge system, people from anywhere – but most likely from their own communities – can help such non-profits as eg, a church, school, firehouse, shelter, civic group or other non-profit organization raise funds to acquire their own sign.

“Our only criteria is that it must be a changeable message centre, not a static sign,” says Mike Prongue, campaign director. “Once they get the money for their sign, the non-profit can work out the details with the sign builders. Most would have already talked to a builder about the type and size of sign they want and the details of what is needed so they’d know the type of money they’d have to raise.

“And once they have their money, it’s up to them as to what they want to put on their signs, the sizes, media players, content management system to be used, or whatever. We stay out of that. And the builders are the ones that usually deal with city bylaws, permits, and so forth on behalf of their clients.”

SignVine will run a campaign for 60 days (or maximum 90 days), and will take 10% of total funds raised. SignVine can run many campaigns at once since each non-profit will have its own page on the website. SignVine has a sample campaign now on its website, but is already in discussions with five or six real interested non-profits with two – a church and a women’s shelter – expected to be the first to take advantage of the crowdfunding opportunity.

The new company is one of several companies under the holding company Tradenet Enterprise Inc., owned by Chris Ma, president and CEO. Tradenet also owns Vantage LED, ADvantage LED Signs, among others. Prongue previously worked for American LED Technology as vice-president operations and then for Vantage as sales manager.

“We think that this can help the digital signage industry,” says Prongue. “There are a lot of non-profits out there that would like to have signs if they could afford it.”

The company has been marketing itself to sign companies, and community groups through press releases and newsletters.

This entry was posted on Wednesday, April 2nd, 2014 at 10:00 @458 and is filed under DailyDOOH Update. You can follow any responses to this entry through the RSS 2.0 feed. You can leave a response, or trackback from your own site.