With Scala [1]’s retail vertical growing from 14% of its total verticals to 30% in the past two-and-a-half years, and with a forecast from Tom Nix, CEO, that 44% of the available market is retail, it’s no surprise that two keynotes of the Scala Partner Conference were devoted to the future of retail. 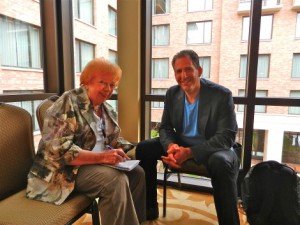 Eisenberg drew on Amazon [3] as an example of a company that has been successful because of its innovation.