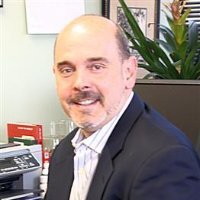 Walpuck succeeds Darin McAreavey, who resigned as CFO effective as of the close of business on April 2, 2014.

Scott Koller, Wireles Ronin’s president and CEO says, “Having the position of chief operating officer reestablished will help support Wireless Ronin’s aggressive growth initiatives. In the near-term, he will be responsible for facilitating the integration of Broadcast International, a transformative merger we expect to close this quarter.”

This entry was posted on Friday, April 11th, 2014 at 10:00 @458 and is filed under Scuttlebut. You can follow any responses to this entry through the RSS 2.0 feed. You can leave a response, or trackback from your own site.