Scotland’s Premier ‘Out of Home’ operator Forrest Media are continuing to set a blistering pace in the North of the United Kingdom, today announcing three new major developments (one of which is digital) which are certain to make a big impression on the Scottish OOH Media landscape. 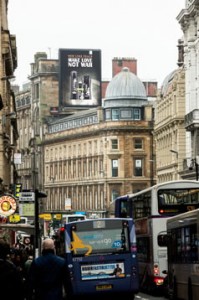 Marc Keenan, MD at Forrest told us “We are delighted to be bringing these new high impact roadside sites to the Scottish marketplace. Whoever said size didn’t matter really needs to get out more, to see for themselves what massive impact, large format Out of Home delivers for our clients”.

This entry was posted on Tuesday, April 22nd, 2014 at 14:47 @657 and is filed under DailyDOOH Update. You can follow any responses to this entry through the RSS 2.0 feed. You can leave a response, or trackback from your own site.