With more than 25 years experience within the Quebecor Inc., Montreal, Julie Tremblay has been named president and CEO of the Media Group formed to operate within Quebecor Media. 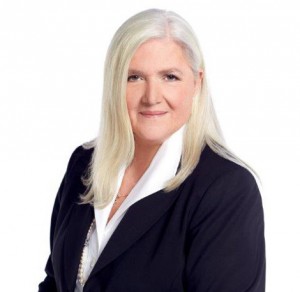 She will also be president and CEO of TVA Group Inc..

She has also been appointed to the board of Quebecor Inc., where she replaces Pierre Dion, president and CEO of Quebecor Inc and Quebecor Media Inc.. Dion has announced he is resigning from the Board, but will remain a permanent guest of the Board.

“Consumers’ media habits have continued to evolve in recent years,” says Dion. “The creation of Media Group maximizes the division’s strengths and combines our skills to provide better, more diverse and distinctive content.

“Recognized for her leadership and vision, Julie Tremblay is the ideal person to lead both Media Group and TVA Group Inc.. Her in‐depth knowledge of the organization and the industry will certainly be an asset for advancing Media Group’s brands.”

Tremblay has worked for Quebecor since 1989. She was human resources vice‐president for eight years and COO for Sun Media Corporation, before becoming CEO in 2013. Prior to joining Quebecor, she practiced law with a major law firm.

This entry was posted on Monday, August 4th, 2014 at 02:00 @125 and is filed under DailyDOOH Update. You can follow any responses to this entry through the RSS 2.0 feed. You can leave a response, or trackback from your own site.