Montreal-based Astral Media Outdoor has launched the first of its new digital billboards that were introduced to agencies and media back in early February. 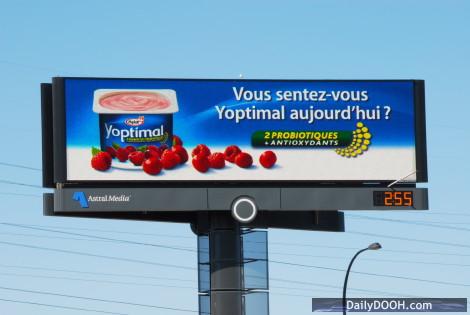 The network of the first 10 boards – the first of their type in Canada – will be erected in the Montreal area. They feature LED lighting to give screens outstanding readability day or night.

This entry was posted on Monday, March 30th, 2009 at 06:40 @319 and is filed under DailyDOOH Update. You can follow any responses to this entry through the RSS 2.0 feed. You can leave a response, or trackback from your own site.