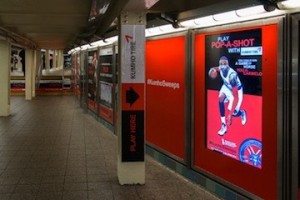 The experience is designed to get riders to stop and sink virtual baskets on their way to their destinations. 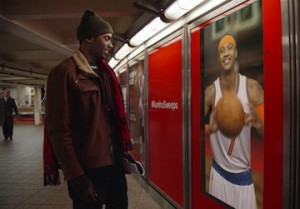 When the final score is tallied, the basketball player steps back onto the court and bestows his own brand of judgment on the player, who is prompted to pose for a photo with the player that can be shared on social media. 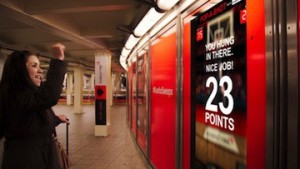 “This experience is designed to take fans beyond their expectations with their favorite game,” says Josh Cohen, CEO, Pearl Media. “Bringing this type of excitement and action into one of the busiest NYC transit stations is a memorable way to drive awareness of Kumho,”

This entry was posted on Tuesday, February 10th, 2015 at 05:03 @252 and is filed under Scuttlebut. You can follow any responses to this entry through the RSS 2.0 feed. You can leave a response, or trackback from your own site.