A few weeks ago we asked the industry whether they would ‘Snog, Marry, Avoid’ #ISE2021 (you can see the write up from that webinar here) and the overwhelming answer from the industry last week was ‘Avoid’. 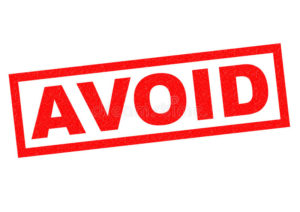 By 10:00 last Friday March 5, 2021 we have it on very good authority that over 500 exhibitors from the original list of 650 had pulled out of the June event in Barcelona.\

Let me repeat that because it is quite unprecedented; five hundred exhibitors, including pretty much, all of the big industry brands and those with some of the largest floor space, have all decided NOT to exhibit.

On January 29, 2021 I wrote “Bottom line, I am afraid that ISE have to realise that there is little appetite for a large crowded trade show, whatever precautions they try to put in place” and once again dear readers, you have to agree that I was spot-on!

Heaven know what the likes of biamp, Christie, Lang AG, Panasonic and syscomtec Distribution, who all publicly voiced their support for the show (see ‘Industry voices its support for ISE 2021’ here), must be feeling this morning. The original 650 exhibitors were expected to fill eight halls, you could probably fit the remaining 150 exhibitors into one or (at most) two halls. This is therefore something you could probably walk round in an hour or so.

There is no way that AVIXA and the ISE Show organisers would have expected this number of drop-outs, at best I bet they were thinking that maybe 50 or 60 exhibitors would pull out and that most certainly, the likes of Samsung, Sharp/NEC, Scala, Leyard/Planar, Legrand, Poly, Microsoft and others would stick with them.

Yes, AVIXA and the ISE show organisers really do seem to be out of touch with both reality and the industry. So, what next for the show? Will it still go ahead? If it does, there is surely little need now for the much-trumpeted nine dedicated technology zones; Audio, Broadcast and Content Creation, Digital Signage & DooH, Education, Live Events, Residential, Smart Building, Unified Communications and VR/AR/XR – thus shrinking the show even further.

It will be interesting to see what exhibitors are left when the organisers finally get round to updating their exhibitor press list and / or issue a revised floor plan.

And if you thought that this sorry #ISE2021 saga couldn’t get any weirder, the latest rumour is that the organisers are now encouraging all remaining exhibitors to cancel, so that they (Integrated Systems Europe) can claim on an insurance clause – thereby having the ability to cancel the show in its entirety with no financial pain.

This entry was posted on Monday, March 8th, 2021 at 13:10 @590 and is filed under Scuttlebut. You can follow any responses to this entry through the RSS 2.0 feed. You can leave a response, or trackback from your own site.