As we told you (first) Tuesday, Firefly has acquired Curb Taxi Media. We understand that the deal will give Firefly access to over ten thousand top-of-car screens which will of course significantly scale its disruptive technology and network to become the undisputed leader in the US, with presence in 11 cities, including the major media markets of New York City, Chicago, Las Vegas, San Francisco, Los Angeles, and Miami. 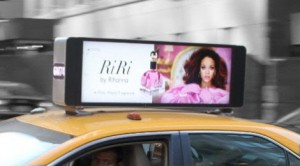 Kaan Gunay, co-founder and CEO of Firefly said “We’re thrilled to add Curb Taxi Media’s massive network of taxi tops to our already expansive network. By advertising to more people, in more cities, we can unlock a new level of targeting and reach for our partners.”

The release said that acquisition will allow Firefly to accelerate deployment of its digital out-of-home screens on taxi tops in its existing markets, as well as new cities such as Boston, Atlanta, Memphis, and Philadelphia, scaling to over ten thousand OOH screens in the near term. Firefly and Curb Mobility will continue to work together to push the taxi media industry forward through new and ongoing projects, including TaxiTV—the largest in-ride video network in the US—which remains a part of Curb Mobility.

Amos Tamam, CEO of Curb Mobility told us “Through this new collaboration, we’ll be able to preserve the legacy we’ve created through our award-winning campaigns. We see no better company to drive innovation with our taxi media partners than Firefly.”

Firefly’s platform has been used by brands such as Puma, Papa John’s, Postmates, Colgate, and United Airlines to deliver the most dynamic campaigns in out-of-home and are the only digital OOH ads that optimize weekly.

This entry was posted on Wednesday, June 23rd, 2021 at 17:15 @761 and is filed under DailyDOOH Update. You can follow any responses to this entry through the RSS 2.0 feed. You can leave a response, or trackback from your own site.