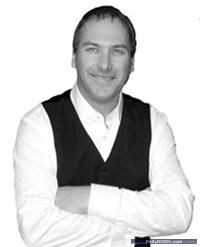 Adcentricity’s Canadian team, based in Toronto, as senior account executive, with responsibility for the management and correspondence between national agencies and brand accounts based out of Toronto.

“Ultimately, the Canadian market is on fire,” says Rob Gorrie, Adcentricity president. “It’s too much for one person. There’s an incredible level of activity. We’re gaining Fortune 500 companies such as Amex which has just signed on for a seond campaign in a month. Others are in the finance and automotive sectors.

“We’re a young company. Dobson, with over 25 years of advertising sales management and business development experience, brings a level of maturity.”

In 2007, Dobson, as vice-president – sales, participated as part of the management team in the successful sale of Digital Advertising Network to Neo Advertising Inc.. Other past employers include: Resort Media Group Inc., Club Intrawest and Rogers Publishing.

Dobson is a member of the Toronto Ad & Sales Club and Canadian Association of Advertising Professionals.

This entry was posted on Tuesday, December 15th, 2009 at 08:15 @385 and is filed under Scuttlebut. You can follow any responses to this entry through the RSS 2.0 feed. You can leave a response, or trackback from your own site.