The Big Signage Players In Attendance 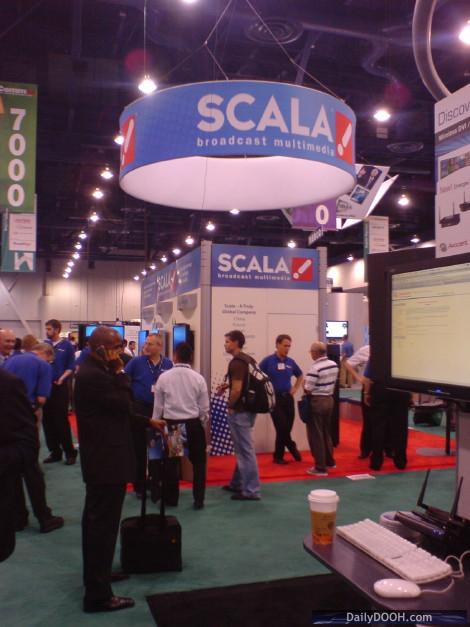 We didn’t manage to get a picture of the Broadsign stand but they were at Infocomm as well as Scala as shown here.

In fact the most obvious absentees from our top five in the digital signage world were Enqii (apart from Screen Expo do they ever do shows?) , Cisco (who are very mean with their huge marketing budgets when it comes to shows – they did ISE, Amsterdam this year and we think that was it) and YCD (actually never seen them at a show).

This show probably wasn’t John Ryan / ScreenRed’s ‘bag’ nor too Telentice or Stratacache (and no reason why they should be at a predominantly System Integrator / AV oriented show).

With regard the others in our top 10 that leaves C-nario who were there (and we think who had a REALLY good show) and Remote Media (who are attempting to work the US market via a number of partners – bizarrely some of whom me met in the halls walking the show).

This entry was posted on Friday, June 20th, 2008 at 05:32 @272 and is filed under Scuttlebut. You can follow any responses to this entry through the RSS 2.0 feed. You can leave a response, or trackback from your own site.