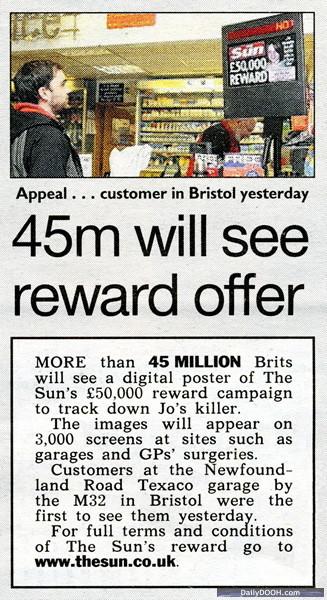 Which of course follows on and refers to Amscreen running the reward posters across their networks free of charge [4].

We’ve also been continuing our work with Mediaplanet [5] in preparation for the Digital Placed Based Media Supplement that we are writing for the Independent newspaper.