More on the Titan-TargetCast Partnership 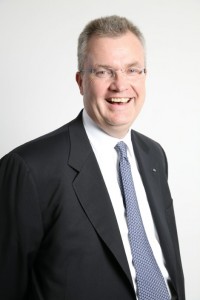 The news was a surprise to most in the industry and a partnership that seems to have been well received.

Under the deal, Titan’s 125-strong sales staff will have the opportunity to link advertising sales and marketing for TargetCast to Titan’s own properties, giving advertisers a chance to reach consumers at various transportation, coffee shop and casual dining locales throughout the day and night, in addition to specific shopping locations such as bookstores. Plus, four key executives from TargetCast, including Hall, move over to Titan’s New York and Los Angeles offices to form the nucleus of what is Titan Digital, the exclusive advertising sales and marketing partner for TargetCast’s existing network of over 1,300 locations, with 1,700 additional under contract – bringing the total to 3,000 upon deployment of these new restaurant locations. It also has the rights to expand its coverage as TargetCast grows into more locations and more distribution channels.

Brian Moore, with Bob LaRochelle, executive vice-president engineering, and and Alan Nishioka, chief technology officer, the two founders of TargetCast, are taking over its management. They, together with Claremont Creek Ventures and Draper Fisher Jurvetson and several new private investors, known as a group as BAB Acquisition Corp., a Delaware company, are buying TargetCast’s assets, intellectual property and venue contracts They will handle the technology business, developing new products as well as managing the screens it owns (mainly those from TargetCast’s purchase of Ripple TV in Sept./09). For new business it will provide the media players and service, but the screens will be owned by the venues – as currently the case at client Applebee’s, for example.

“We’re getting the real estate and best-in-class properties,” says Moore. “And we will introduce our Next Generation Players in about 60 days.”

The company uses its own software, other than it licenses Adobe Flash. 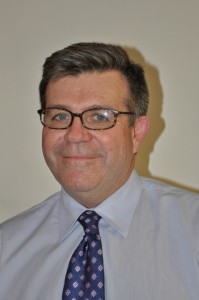 Titan owns the transit contracts in major U.S. locations, including, among them New Jersey, Chicago, Philadelphia, Boston, Minnesota-St. Paul, Los Angeles, San Francisco, the Bay area, Seattle, Oakland. It recently added Dallas and Westchester, and re-won Orange County. Although it no longer has New York City (handled by CBS), it has a presence there through telephone kiosks and a recently-won contract for light pole banners. In its NY phone kiosks, it even owns the phones so collects the coinage from them, as well as for ads on the 5,000 kiosk advertising faces. Titan also sells Wallscapes in Toronto.

“We had decided prior to 2008 that digital was important to us and wanted expand in that field, but stopped our digital spend during the recession,” says Allman. “Now we want to further expand into this field. We have warm feelings about the digital industry.”

Titan admittedly had thin margins with transit during the recession, but it restructured in July. “We went to all our partners, and, reflecting on the new market, either renegotiated all our contracts or re-solicited them,” says Allman. “We restructured with our bank group and private equity partners. It was after that that we bought the phone kiosks, won the new transit deals and the New York light poles. We’re very strong, very solid. We looked at TargetCast and liked both the technology and the people involved.”

On his side, Moore saw Titan as a totally sales-driven company. TargetCast had had a total of $45 million in assets (more than we were originally aware) which was partly used in the purchase of Ripple. The company, of course, was also faced with the recession, but is looking to now raising a growth fund. Advertising sales by Titan and launch of the new player are expected to help as well.

The network promotes featured products, introduces new products, improves up-sell, and increases same store sales. The company’s web application gives every affiliate restaurant the ability to target customized marketing messages for their store and their customers on a hyper-local basis from any Internet connected device within minutes. TargetCast content – largely sports and entertainment programming – and advertising is split about 50-50, with a usual 10- minute loop. 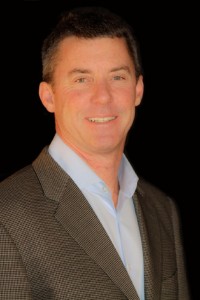 “We saw, with the connection between transit, the fast casual and the casual dining networks that the Titan-TargetCast partnership can dominate, tying together transit, social, mobile, and digital place-based media,” says Hall. (TargetCast had announced its first mobile application for away-from-home TV viewers in casual and fast casual restaurants in June, 2010.)

“This active on-the-go consumer segment offers Titan the opportunity to connect transit and place-based screens in 360-Degree campaigns providing our customers with an ability to dominate these eyeballs and fingertips from 6 am to midnight for maximum reach and efficiency,” Allman said in his letter to employees announcing the new partnership.

TargetCast had already vacated its strategic alliance with PRN – in place since Sept./09 – several months prior to the new arrangement with Titan, Hall says. Titan is moving towards mainly Eyes-On measurement.

This entry was posted on Monday, February 28th, 2011 at 10:03 @460 and is filed under DailyDOOH Update. You can follow any responses to this entry through the RSS 2.0 feed. You can leave a response, or trackback from your own site.