CBS Outdoor UK yesterday announced that Jason Cotterrell had been promoted to the new role of Country Director, UK from his former role as Director of Franchise and Asset Strategy. He will be responsible for all sales, marketing, operations and franchise activities in the UK, reporting directly to CBS Outdoor International CEO, Antonio Alonso. 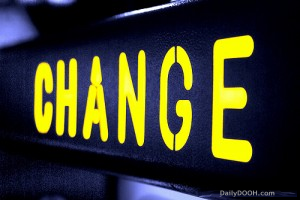 There has been some movement in the management structure at CBS with Managing Director Mike Moran and Commercial Director Mark Chippendale both having left the company this week also. We are told that they will NOT be replaced.

Antonio Alonso, CEO, CBS Outdoor International told us “Jason is a great talent who has demonstrated strong leadership in sales and the development of franchise partnerships for CBS Outdoor UK, making him the perfect candidate to lead the business through an exciting period”.

He added “Digital retail is an increased focus for our business and Jason played a vital role in growing our relationship with Westfield, to include both Westfield London and Westfield Stratford City. His franchise and operational background will be particularly important as we leverage our world class properties like the London Underground digital portfolio and extensive UK bus and rail network, along with the great opportunities presented by our status as Official Outdoor Advertising Supplier to London 2012″

“I would like to acknowledge the efforts and personal commitments of both Mike and Mark to our business. We will ensure that their energy and creativity across many aspects of our business over the last months will not be wasted, but built upon and developed. I wish them both well in their careers.”

This entry was posted on Friday, July 1st, 2011 at 07:27 @352 and is filed under DailyDOOH Update. You can follow any responses to this entry through the RSS 2.0 feed. You can leave a response, or trackback from your own site.

One Response to “Management Changes At CBS Outdoor UK”