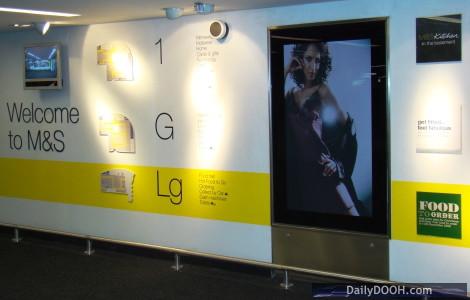 In a new shopping mall build it’s not surprising that there are lots of digital signage installs, we saw this Marks and Spencer build in Westfield, London which turns out to be a Carlipa Group install.

Jim Harvey, Head of Business Development for Carlipa told us “It was a happy coincidence that Westfield London opened just as our long-term discussions with a number of important retailers were coming to fruition”

This entry was posted on Wednesday, November 26th, 2008 at 00:09 @048 and is filed under Scuttlebut. You can follow any responses to this entry through the RSS 2.0 feed. You can leave a response, or trackback from your own site.