It’s not going to be as good a start to 2012 for Wireless Ronin as their leaders (and no doubt all of their shareholders) would have wanted, as a Ronin insider tells us that they (Ronin) have not won the Dairy Queen business as they had hoped (and thought they would). 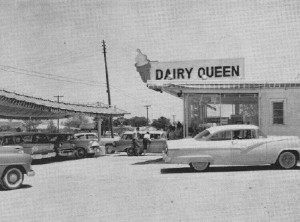 No news yet on who has won but Ronin, we are told, have been notified that the several thousand venue rollout is NOT theirs.

All the hype surrounding the recruitment of David Boerlin as Regional Vice President, Western United States for Ronin’s direct sales force obviously did not help with the ‘easy win’ that they thought they would have – we quote from the press release from back in July 2009 (and indeed his LinkedIn profile) “Mr. Boerlin developed product and sales strategies that ultimately landed business as well known as Gas Station TV at Wal-mart locations and drive-thru order confirmation systems with companies such as Dairy Queen, Subway and Panda Express”.

Perhaps the Ronin solution was not “So Good It’s RiDQulous” after all?

This entry was posted on Sunday, January 1st, 2012 at 17:12 @758 and is filed under DailyDOOH Update. You can follow any responses to this entry through the RSS 2.0 feed. You can leave a response, or trackback from your own site.

3 Responses to “Ronin Fail To Capture Their Dairy Queen”