There are a lot of small companies starting to offer cheap Android players (witness exhibitors at #CES and #dse2012) but have you ever stopped to wonder where all this hardware comes from? 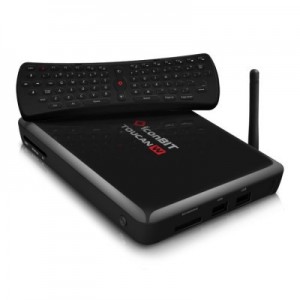 [1]A few weeks ago we took apart both a DroidSignage [1] player and the IconBit Toucan W [2] and it demonstrated that the two media players (just for example) are the EXACT same unit, made in the same factory.

Visually, the only difference is that DroidSignage have used a sticker for branding – which by the way looks incredibly cheap, Ed. We also noticed that the people at DroidSignage must have previously opened up the unit, as for some reason they didn’t bother to replace the felt feet that cover the screws after they re-assembled it!

IconBit sent a nice manual, whilst DroidSignage sent what could only be described as a cheap homemade ‘one pager’

Anyway, IconBit’s Alexander Kurilo kindly reached out to us and explained: “Yes, the tooling is the same. The idea is simple, when we plan production with one of the factories on a new product, we have a number of choices to make.”

Alexander explained to us the (usual) three options from a manufacturing perspective:-

He continued “With TOUCAN W tooling we opted for ‘partial costs coverage’, allowing the factory to make production for other customers” and so now we know!

2 Comments To "What’s The Truth About These Android Players?"

Hardware analysis only scratches the surface of the Android conundrum. IAdea provides another view on [5] as the digital signage platform going forward!

Whether it’s Java (Android) or HTML5, power transfer is going to the content providers who know how to code and away from expensive digital signage solutions providers just like it has in Internet, TV (iTV), Publishing (eBooks), Music and other areas where open source free for commercial use technologies are becoming better than paid solutions. Check out GIMP 2.8 and EditShare LightWorks 11 if you don’t believe me. Truly Amazing Stuff! 😉