Not a show we usually attend, but last week we happened to be near the Monaco Yacht Show, probably the biggest and most luxurious in the world hosted in Port Hercule in the small Principality of Monaco. 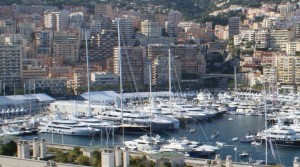 When the word yacht is used in this particular context, it doesn’t describe the sailing dinghy you might have messed about in, nor the 30 foot yacht in which you might have sailed around the coast a bit. 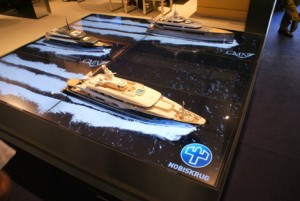 On the CMN stand (QD17 in the Darse Nord Tent) we saw one of the most simple but effective displays which used a 2×3 panel video wall laid flat on the corner of the stand. 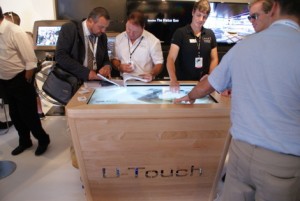 This entry was posted on Friday, September 28th, 2012 at 12:37 @567 and is filed under DailyDOOH Update. You can follow any responses to this entry through the RSS 2.0 feed. You can leave a response, or trackback from your own site.

One Response to “Monaco Yacht Show 2012”