Look No Further 4 Inspiration (The Book Of Shapes) 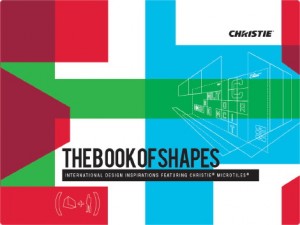 Christie has published and released The Book of Shapes as a ‘coffee table’ style book showcasing projects around the globe that are redefining the use of display technology in everything from retail stores to museums and corporate spaces.

Now also as a free download as an interactive iPad app, PDF, or in hard copy, the book explores how Christie MicroTiles – groundbreaking, modular video building blocks – have allowed architects and designers to introduce inventive, irregular shapes into projects where video, motion graphics and interactive content are applied.

The Book of Shapes app features MicroTiles installations from around the world since the product’s launch – with visuals, embedded video and detailed narratives on how the display technology is being used, and the results achieved. The app also includes location maps, reference materials and an integrated version of MicroTiles Designer 2.0, a Web-based tool that allows designers and architects to visually plan and specify MicroTiles-driven projects.

iPad users can locate and download The Book of Shapes app free from Apple’s iTunes Store. A non-interactive PDF is also available free of charge, allowing all the showcases and supporting material to be readily viewed on other tablet devices and conventional PCs and laptops. 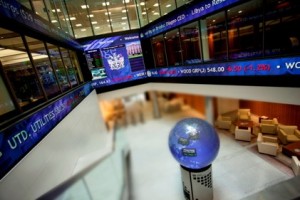 “The Book of Shapes is designed to inform and inspire people charged with integrating display technology into projects, and help them think about how having a digital canvas can energize and transform a space, or solve a business challenge, in interesting new ways,” says Kathryn Cress, vice-president, global and corporate marketing, Christie.

“We’ve been amazed how architects, retail designers, pro AV and interactive experts have all taken advantage of the opportunity to introduce shapes into design concepts,” says Cress. “They’ve gone so far beyond a display world that was defined forever by rectangles, and the remarkable thing is we’ve likely had just a taste of what’s possible.”

The Book of Shapes celebrates projects across several continents, and is sorted by vertical categories: Retail Environments, Museums and Entertainment, Broadcast Television, Events and Shows, Higher Education and Corporate Spaces.

Among the featured projects is a virtual mountain range at the History Colorado Center in Denver, massive sweeps of MicroTiles in corporate spaces like Deutsche Bank’s Asia-Pacific headquarters in Hong Kong and the Telstra experience centre in Melbourne, Australia. Portable and easily configured, MicroTiles have also been used extensively at temporary exhibits such as global expos, trade shows and fashion events.

The Book of Shapes explores possibilities – projects where MicroTiles have been ‘disappeared’ into walls, built into furniture, and radically transformed retail and lobby environments. The technology has prompted a re-think on the approach to visual messaging and marketing in public or shared spaces.

One of the most ambitious projects featured in The Book of Shapes involves the London Stock Exchange’s main office in Paternoster Square, where several multimedia canvases totaling 508 MicroTiles envelop the space. The project powerfully reflects the kinetic energy of the financial markets, and is used as a compelling visual backdrop for ceremonies welcoming newly listed companies.

That project is also explored in detail in a different, dedicated digital publication, ‘The Blue Book: How MicroTiles Helped Make an Impact at the London Stock Exchange‘ A free copy can be downloaded inside the Book of Shapes app or from Christie by visiting this web page.

The launch of Christie MicroTiles three years ago represented a revolution in display technology. Some 30,000 units are now in use globally, and new projects are steadily switching on. During the recent holiday season, for example, 425 MicroTiles were set into the street front windows of the Barneys New York flagship store for an ‘Electric Holiday’ done in partnership with The Walt Disney Company.

This entry was posted on Monday, February 4th, 2013 at 09:34 @440 and is filed under DailyDOOH Update. You can follow any responses to this entry through the RSS 2.0 feed. You can leave a response, or trackback from your own site.