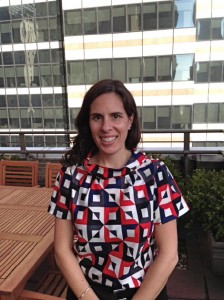 “Valerie’s addition to our New York sales team adds not only her experience in the out-of-home marketplace, but her background in retail while at Macy’s [4], making her a seasoned professional who understands the mall media space,” says Carrie Fitzmaurice Daly, vice-president of sales at EYE.