Costain (an international engineering and construction group) were recently awarded an eight year contract by the National Grid to carry out tunneling under London for improved cabling. This tunneling contract, worth approximately GBP 200 million, will help meet increased energy flows across the city of London and it will also support increasing electricity demand, including the new Crossrail and the replacement of existing buried cables in London. 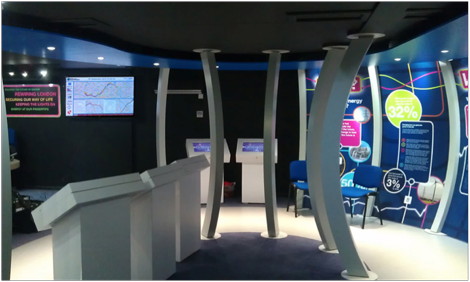 Costain wanted to show staff within the project offices how far the project was progressing in real time and also wanted to be able to display project information in the Nation Grid Energy Education Centre to visitors and approached Eclipse Digital Media and tasked them with implementing a real time solution to meets their needs.

This entry was posted on Friday, June 21st, 2013 at 10:00 @458 and is filed under Scuttlebut. You can follow any responses to this entry through the RSS 2.0 feed. You can leave a response, or trackback from your own site.