Wasn’t It A Bit Cold @Sophielanderton? 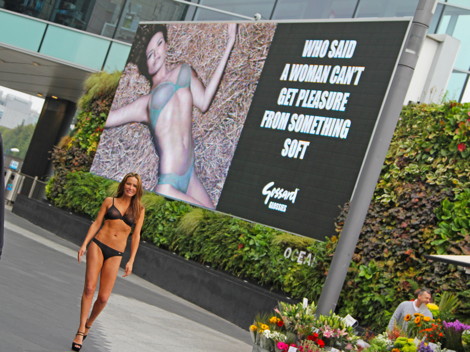 The campaign recreates Sophie’s original pose on a bed of hay, which caused a stir when it first appeared 17 years ago.

Planned by Pure Media, the campaign runs across select hi-impact large format Ocean digital sites, enabling the opportunity to show a transition from the monochrome replica ad to a colour treatment. Activity runs for two weeks in high traffic and retail areas across West London.

This entry was posted on Tuesday, October 8th, 2013 at 10:15 @468 and is filed under DailyDOOH Update. You can follow any responses to this entry through the RSS 2.0 feed. You can leave a response, or trackback from your own site.