Executive Channel International Pty Ltd. (ECI), with offices in Sydney and Melbourne, Australia, has announced a buy-out of its ECNlive UK and European operations and a significant restructure, with the now wholly-owned ECI network poised for strong global expansion. 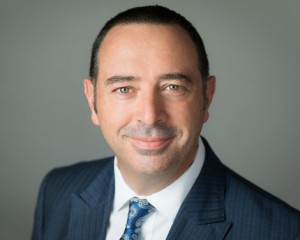 Bruce Fink, executive chairman, ECI, says that ECNlive, with operations in London, Paris and Amsterdam, will operate alongside Executive Channel Australia as part of a cohesive global business in the office media arena.

“Following completion of the purchase, the new global company is primed for an aggressive expansion of the ECNlive and Executive Channel networks,” Fink says.

As part of the restructure, Charles Parry-Okeden, one of ECI’s three founding partners, has been appointed global CEO. ECNlive UK has also appointed Stephen Gale as managing director. Andrew Oldham, CEO of ECNlive for the past year, has left the company.

Executive Channel International is a newly formed holding company that now owns 100% of ECNlive and Executive Channel. It acquired the shares in the two businesses from the venture capitalists and other shareholders with a combination of cash and stock. The three founders own in excess of 60% of ECI.

The largest owner outside the original founders was Octopus Ventures who were bought out as part of the transaction.

The Australian business, Executive Channel, was acquired entirely by a share swap and was 100% owned by the three founders.

“Post completion of the buyout, ECI will have only a small amount of shareholder loans on its balance sheet and no bank debt,” says Parry-Okeden. “This is an exciting time for Executive Channel. It’s always been our intention that the UK, European and Australian networks operate as part of a global business.

“We are also delighted that Stephen will continue to drive our UK future development in his capacity as managing director. He’s commercially focused and has a proven track record in developing innovative solutions to meet client needs.”

“Executive Channel International is an entrepreneurial, forward-thinking business and I’m delighted to be part of the new global organization,” says Gale. “The UK business is in great shape with a strong team behind it and I’m looking forward to realizing its potential.”

“ECI is committed to the long-term development of office media across the UK, European and Australian markets,” says Parry-Okeden. “We believe there are opportunities for significant growth, particularly across Europe where ECNlive is leading the way.

“I’m looking forward to spending lots of time in our London and Paris offices to ensure we maximize synergies across our operations which will benefit our business as well as, importantly, our clients.”

Both companies ECI and ECNlive – which have wall screens and freestanding units in office lobbies and elevators, as well as videowalls. ECI also has screens in office tower car parks, and offers brand experiences including product sampling and product demonstrations in the office buildings.

ECI’s network extends across hundreds of premium office towers in Australia, engaging more than 1,800,000 office executives each month. ECNlive is in more than 150 office buildings, mainly in London and Paris.

(Editor’s note: Charles Parry-Okeden will take the place of the previously-announced Andrew Oldham as one of DailyDOOH’s up-coming CEO Spotlights before year-end.)

This entry was posted on Friday, July 18th, 2014 at 09:38 @443 and is filed under DailyDOOH Update. You can follow any responses to this entry through the RSS 2.0 feed. You can leave a response, or trackback from your own site.