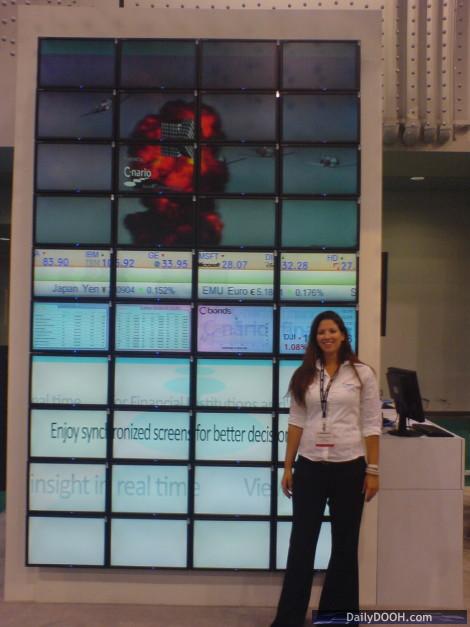 First thing on the agenda at Infocomm was to see C-nario’s Cube system [1] used to build this very impressive 40 video wall.

These 40 video screens were run by 10 PCs – simply add more PCs (there is a maximum but we forget what it is but it was astronomical) and theoretically this solution could support something like tens of thousands of screens.

Have to say it looked REALLY good AND hats off to C-nario as they had obviously spent some time (and money) on good, relevant content to make the video wall look ‘business realistic’.

AMX had a similar looking video wall on their stand – in that instance 6 players running a ribbon of 72 screens – again, there is no realistic limit (65,000) on the number of synchronised players with either offering.