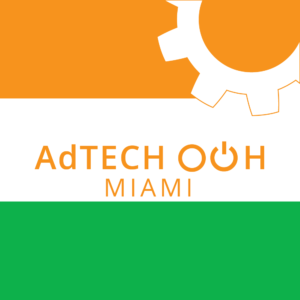 As usual, with our North American conferences, it will be chaired by Yahoo’s Global Head of DOOH Stephanie Gutnik.

The conference takes place the day after eMerge Americas | The Premier Tech Event in Miami [3] April 18-19, 2022 and the day after LatAm DOOH, the DPAA’s first ever in-person member networking meeting [4] in the region.

The conference has a distinct Latin America flavour and the afternoon will kick off with a keynote from Place Exchange’s CEO Ari Buchalter whose company recently announced a partnership with Clear Channel Outdoor Latin America.

I am looking forward to this ‘much needed’ conference. Miami is quickly growing to be a leader in the Tech world.