Whilst Lyle Bunn and co. over in the US have been having great success with a continual flurry of Digital Signage related supplements in mainstream US newspapers [1] (WSJ, USA Today etc) we seem to have stuttered in the UK and Europe these past few years with producing anything of our own. 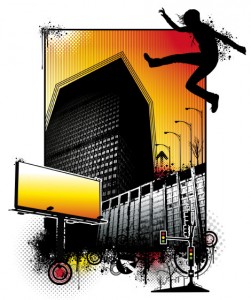 [2]The last attempt was by the Earl of Knobworth with the Graudian and the so-called Screen Forum [3] back in January 2010 but thankfully for all parties, what would have undoubtedly been a triumph-of-editorial-over-advertising-and-unbiased-reporting never saw the light of day.

Mediaplanet have had a go twice; first in 2008 (happened in April and published SUCCESSFULLY in The Times newspaper just before #ScreenMediaExpo, see here [4]) and then again in 2009 – err, not so successful as it didn’t actually happen 🙁

In 2009, we think that MediaPlanet attempted to extract (advertising) cash from all the wrong people and had little idea of exactly what the supplement would be about (they couldn’t even agree on a name that suited everyone) and which areas it would focus on – see our post ‘(No) Supplement in The Grauniad [5]‘ so let’s hope that the rumour we hear of another supplement in the making from these folks, ahead of #ScreenMediaExpo in May, will fair better.

As Lyle and folks have proven in the US, a supplement done well and widely circulated in national newspapers can do wonders for the industry.