We’ve had no calls from lawyers or angry execs and no emails vehemently denying anything so it’s pretty safe to re-iterate the fact that POS Systems Provider Radiant Systems [1] have bought Texas Digital [2]. 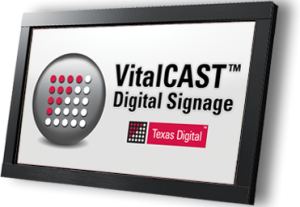 [2]We’ve had lots of emails from folks about this and several sources close to the deal have told us that it was a stock purchase, approximately USD 15M in value including USD 6M in goodwill.

If that price is correct one can only assume that Texas Digital were in some sort of financial trouble before the acquisition as USD 15 million is nothing. One ‘rag’ commenting on the fact that Texas Digital had a huge campus in the middle of nowhere with COWS and employed around 60-70 people said that “maybe the COWS were the goodwill”.

Texas Digital liked keeping their heads down and getting on with things (perhaps that was one of their ‘issues’?) – we last wrote about them [3] “…in a partnership with NEC is in line we believe to win the industry RFP for digital menu boards for Dunkin’ Donuts” in September 2010. They were quiet ever since.

On Monday we wrote that the Dunkin’ Donuts rollout was limited at present to 50 sites – two people have told us otherwise, it’s not much bigger than our original estimate but one source was at pains to say “dunkin is further along that you hinted. It’s 60 sites so far but sales lift strong so there are a lot of plans for 2012”.

Others still claim that the deal is still firmly in ‘pilot’ mode and that “Dunkin’ are unwilling to fund the bigger rollout”. Our guess however is that with NCR / Radiant now behind them we may just see some movement with the rollout.

Anyway whatever (finally) happens with a larger Dunkin’ rollout it’s seemingly the complete opposite of RDM’s rumoured deal with Subway [4]. Folks are telling us in North America that they are literally seeing installations in loads of Subway [5]stores.

† Radiant Systems [1] were themselves bought, by NCR back in early July [6]