In-Store TV Works! So Say We All!

According to a new consumer survey by the Nielsen research firm on ‘Awareness and Effectiveness of Digital Display Screens Installed In Grocery Stores‘ digital out-of-home Media (DOOH) definitely increases sales at the point of sale (POS). 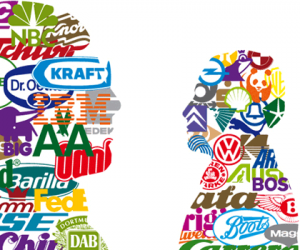 The report states that four out of five product brands experienced significant increases of up to 33% in additional sales through the use of DOOH media and at the same time, display screen advertising at the POS considerably increased brand awareness.

Whilst previous studies on the effectiveness of POS advertising media showed only a slight increase in unprompted brand awareness, the in-store TV tested here yielded a remarkable increase in awareness and recall rates of up to 14% (unprompted) and 31% (prompted).

According to the Nielsen study conscious awareness of digital display screens is generally high – roughly three quarters of those surveye noticed digital displays at the POS.

The awareness rate for DOOH media is thus 23% higher than the average benchmark of other POS media analysis.

He added “These results are a clear call to retailers to increase their use of DOOH formats in the future. The results are important for us because they promote acceptance of our industry – an industry still in its early stages.”

In-store TV also gets good marks when it comes to acceptance: Display screen advertising and infotainment while shopping were well received by 62%of consumers.

Nielsen surveyed over 1,400 consumers in twelve stores across Germany.

This entry was posted on Friday, January 29th, 2010 at 07:34 @357 and is filed under DailyDOOH Update. You can follow any responses to this entry through the RSS 2.0 feed. You can leave a response, or trackback from your own site.

2 Responses to “In-Store TV Works! So Say We All!”