Every year during the #Wimbledon fortnight, a post we wrote over 12 years ago about ‘The Wimbledon Scoreboard‘ crops up again and again as one of the most popular daily reads because of all the search engine traffic it attracts. 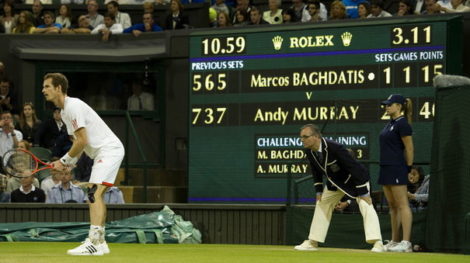 This entry was posted on Monday, July 5th, 2021 at 08:44 @406 and is filed under Scuttlebut. You can follow any responses to this entry through the RSS 2.0 feed. You can leave a response, or trackback from your own site.

18 Responses to “The #Wimbledon Scoreboard Explained”