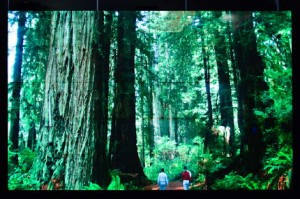 Chris Fitzsimmons from InAVate wrote a couple of days ago (17th February 2010) his part one of a monster InAVate ISE 2010 report which contains all things display and projection related – Don’t forget to tune in next week for part two, on control, audio and their conclusions from the event, Ed

In a great report (which you can and should read here), one of the things we picked up on was his take on Prysm.

He went on to say “I confess I was a bit puzzled by the choice to make a tiled wall. The company’s own literature explains that the panels can be made nearly any size, so why they chose something that couldn’t help but be compared to MicroTiles is beyond me. At the moment, in terms of image quality, it’s not a favourable comparison”.

Chris finished up in his own report “LPD is very much a work in progress, and one we’ll be watching closely” – we will too and our very own Andrew Neale has a 1,500 word post up first thing Monday morning evaluating some of Prysm’s claims.

This entry was posted on Friday, February 19th, 2010 at 16:02 @710 and is filed under DailyDOOH Update. You can follow any responses to this entry through the RSS 2.0 feed. You can leave a response, or trackback from your own site.