More On The Apps World

We’ve been watching the thousands of apps launched for the various smart phones and, of course, lately for the iPad, as well as some of the tools being used to help develop them. 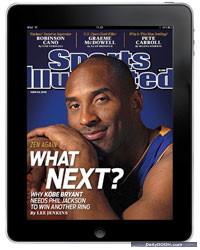 They certainly are popular. Research firm Nielsen surveyed 4,200 mobile phone owners, and found that 21% of this group had downloaded an app in the previous 30 days. Of those, two-thirds had chosen a free or paid-for game.

A further 55% had opted for maps and navigation services, while 54% had utilised the mobile extensions offered by social networks like Facebook. Also, 38% downloads were in the entertainment and food category; 31% for banking and finance; 30% for sports news and information; 29% for retail; and 21% for travel and lifestyle.

Here are two apps that took our eye recently.

This entry was posted on Monday, June 28th, 2010 at 08:45 @406 and is filed under DailyDOOH Update. You can follow any responses to this entry through the RSS 2.0 feed. You can leave a response, or trackback from your own site.